We will be meeting at the Wagon & Horses Inn no later than 8.20am to allow time to be logged in, information packs to be handed out and to munch your bacon butties before the first 3 cars are away at 9am sharp. 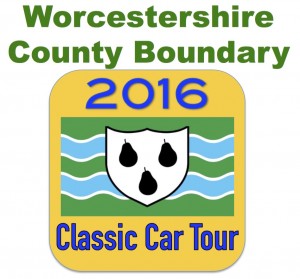 ay long road run/rally is planned to take place on Saturday 2nd April 2016. It is 135 miles long approximately and runs the whole way around Worcestershire in one day. Starting and finishing at the Wagon & Horses Inn, Stourbridge Road, Kidderminster.
Follow the link below for information & registration form to the Worcestershire County Boundary Classic Car Tour 2016. Wheels roll at 9am on the 2nd April 2016″
BREIF ROUTE DESCRIPTION:
From The Old Wagon & Horses, Ismere along Beechtree La to Caunsall. Take Caunsall Rd to Cookley and on to Wolverley, via Lea Lane. Continue to Franche on B4190 to Bewdley taking the A456 on to Tenbury Wells. Through Tenbury High Street then  to Stanford Bridge via the B4214, B4204& Upper Sapey on the B4203 to the Stanford Bridge ‘Hotel’. After a break again, cross the river bridge turning left past Shelsey Walsh and on to Martley. Over Ankerdine Hill to Knightwick crossing the A44 to the A4103 through Alfick and Leigh to Bransford. Right to Leigh Sinton then left toward Malvern. Skirting north of the hills to West Malvern and south to Little Malvern, before turning East at British Camp to lunch at the Marlbank Inn at Welland. Onward though Upton, Pershore, Evesham and up to Broadway Tower. Have a cuppa. Then returning to the A46 at Evesham to go North past Alcester and Redditch to Becketts Farm at Wythall. Take a tea break, then on via Alvchurch, Barnt Green to Rednal where you turn West on the A38 to the M5 and over the motorway to Hagley. Turn South on the A491 through West Hagley to turn West again towards and through Churchill returning to Ismere and the Old Wagon & Horses. Take a hard earned rest. END.
Link to: Information and Registration Form
Link to: WCBCC Route Card
(Please note this may not be the final version of the route)