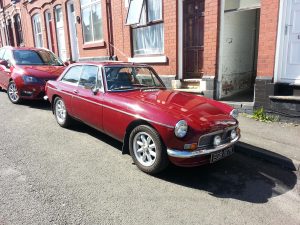 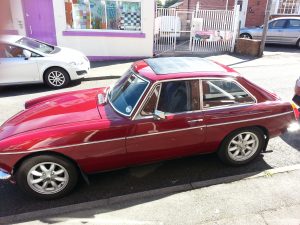 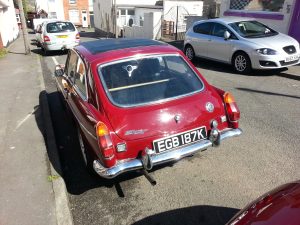 I remember seeing the MG B quite a lot when I was a lad and always liked the look of them. I even (shock horror) quite like the rubber bumper models as long as it’s a GT.

A few years ago, my 40th birthday was approaching and I had some spare cash and decided it was time I got myself a classic car. I briefly looked at other models but always came back to the MG BGT mainly because of my lifelong admiration of the shape and partly because they were so much cheaper than everything else I liked the look of. I bought this 1972 model and drove it home from Peterborough in February 2013, just to make life a bit more interesting it started to snow on the drive home in the dark whilst I was still working out which switch did what on the dashboard (they are not back-lit like modern cars). It was also that day that I discovered that the heater wasn’t brilliant!!

The previous owner had spent a fair amount on the car which was one of the reasons I went for this one, I knew that I didn’t have the space to perform major surgery on the car as I lived in a terraced house with no garage or driveway. However, during the first year or so I discovered a few “shortcuts” that had been made on the car and spent quite some time making it run reliably but now I have no qualms about driving pretty much any distance in it. It’s surprisingly comfortable on a long journey and it’s great actually having to drive rather than just pointing it in the general direction of where you want to go like many modern cars.

There’s no power steering, no anti-lock brakes and no airbags so you do pay attention to the driving and slow speed maneuvers are a bit more taxing than your average modern car where you can spin the steering wheel round with one finger… There’s also no aircon so it can get a bit hot and sticky on a warm summer’s day (not that we get all that many in this country) but the sunroof means I can get a decent flow of air through the car which helps.

I try to use the car on a regular basis as it’s my opinion that they work better when used often, I used to drive it to work at least one a week but since changing jobs in 2017 this is no longer an option so now it gets taken out occasionally just for a quick drive. 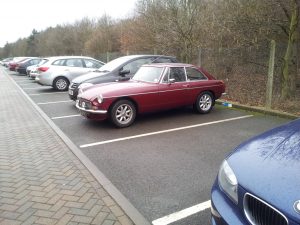 In the car park at my previous workplace. 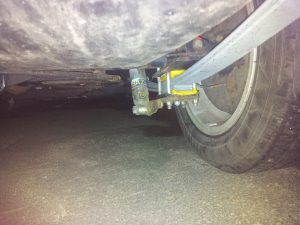 In order to help out the 1970s wiring I’ve also installed relays for the headlights. In MGs the headlight wiring goes through the switch on the dash so the relays take the strain off the old wiring and the headlight switch doesn’t get warm any more… 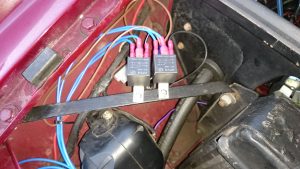